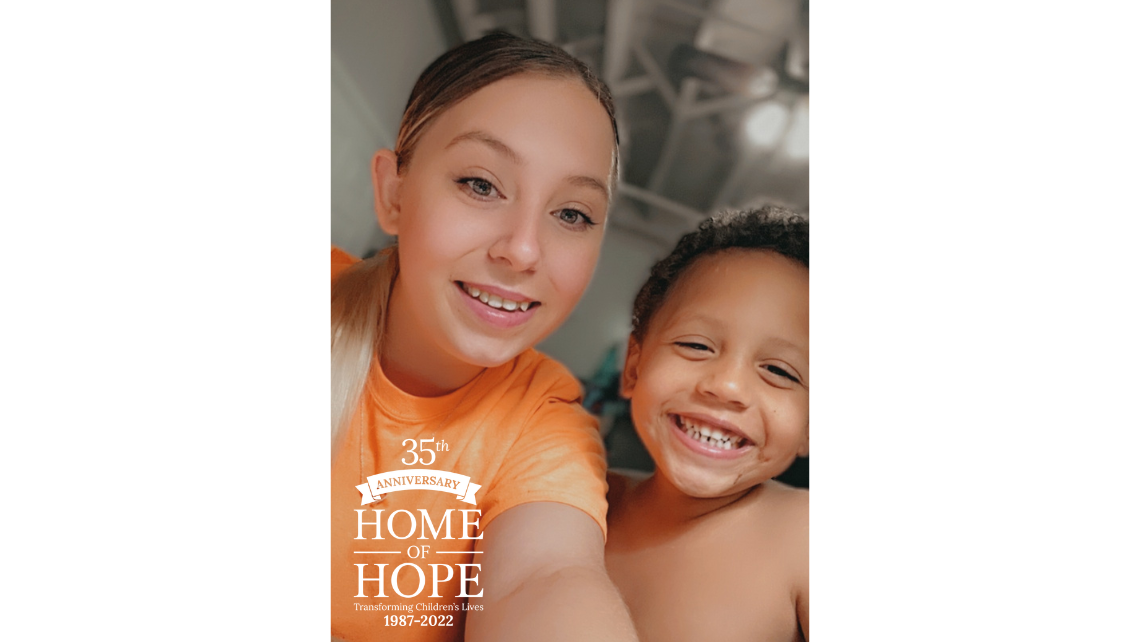 It’s not easy raising a little boy all by yourself. And despite a difficult past, 25-year-old Alexia isn’t feeling alone anymore since moving to Home of Hope this summer. 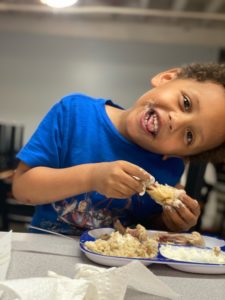 “When I came to Home of Hope, I was leaving a domestic violence shelter. I needed to be closer to my job, and [Home of Hope] took a risk by bringing me in. But they did, and I’m grateful for that,” she said.

It can be a challenge, adapting to an entirely new way of life after arriving at Home of Hope. But Alexia learned the importance of trusting the process.

“For most people when they first come into the program, they probably think – like what I thought – that there are a lot of rules and regulations. And they don’t think about the fact that the rules are there to make sure that you prosper,” Alexia said.

“As I’ve learned to live with everybody and abide by the rules, I’ve realized that they’re all there to make sure you’re at your best. And most of the rules I’ll even keep doing after I leave Home of Hope.

“In the two months I’ve been at Home of Hope, without having to pay any bills, I’ve got $4,500 in my savings account now. I even surprised myself – I’ve never saved this much money before!” Alexia said.

Having people on your side makes achieving your goals much more attainable. Prior to coming to Home of Hope, Alexia didn’t have anyone to lean on, aside from her uncle. And while he’s still supportive of her, Alexia has found a whole “squad” of cheerleaders at Home of Hope. 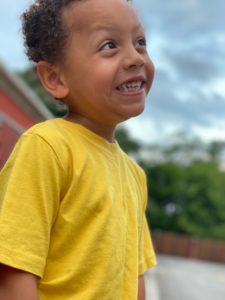 “The staff has been really amazing – so nice and generous. They’re really a role model for me. I strive to be like them,” she said. “If you have any needs or problems, you can go to anybody [on staff], and they won’t look at you different. I just love everybody that works there.

“The shelter I was in before was also good to me, but they didn’t have as many resources and weren’t as strict as Home of Hope,” Alexia said. “With them being more lenient, I was able to dilly dally. But now that I have somebody helping me do everything that I need to do, I feel like that’s like the best thing ever. But I’m also doing so much on my own.”

“Sometimes it makes me a little emotional, because I don’t think the staff knows the full extent of how well they’re doing at imprinting themselves on all these women and children that are coming through.”

Not only has Alexia’s own life been impacted, she’s seen other moms growing into their best selves, too. She’s also made a friend, one she expects will last long past Home of Hope.

“I’ve seen a few moms graduate the program since I’ve been here, and while I was sad to see them go, I’m glad they were able to come here,” she said. “There’s one girl who I told my whole story to, and she encouraged me. I don’t really hang out with many people, but she and I already have plans. And when we get into our own places, we’re gonna keep in contact. Hopefully, I made a friend for life!” 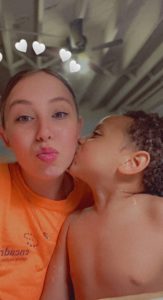 Without the generosity of its donors, Home of Hope wouldn’t be able to provide the resources needed to end homelessness in Gwinnett two generations at a time. And Alexia is grateful to those who give and, in turn, helped change her life.

“Because of their donations, they’ve definitely given an opportunity to plenty of women and children that probably have nowhere else to go,” she said. “And I feel like Home of Hope is one of the best shelters in Georgia. The people that donate – they definitely deserve a blessing.”

Alexia now has a brand-new point of view and sense of empowerment. She’s creating new habits for herself and her son. She’s moving toward enrolling her son in daycare, buying a vehicle and continuing to build up her savings – practical strides toward independence. 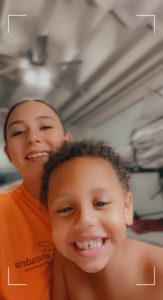 “Being here, even this short amount of time, has definitely been a real eye-opener to what I’m capable of doing if I just put my mind to it,” she said. “I’m trying to work a little harder, but not overwork myself. Discipline is the [biggest] thing that I’ve learned since being here. I’ve learned to ask myself ‘You want this, but can you afford it? Are you able to buy it without hurting yourself financially?’

“I also got accepted into a transitional living facility [for after I leave Home of Hope]. I feel like everything is going awesome!”

Looking back on where she came from, Alexia is confident she wouldn’t be where she is today without the help she’s received at Home of Hope.

“I don’t even know where I’d be, really, but I’d probably be in a worse situation. If anything, I’d probably have gone back to my abuser, to be honest. But now I don’t have any contact with [my abuser], and I’m just so glad that everything worked out the way it did,” she said.

“Before Home of Hope, I was really, really depressed and bad off, but [coming to Home of Hope] has been a very good, fresh start.”