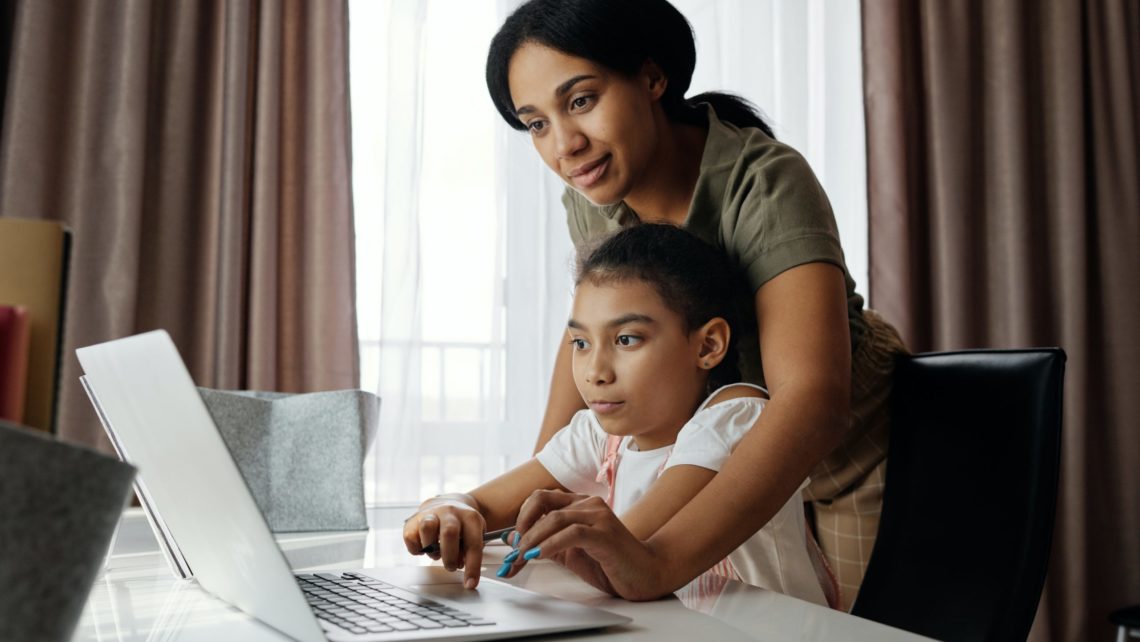 When COVID-19 hit, Michelle found herself in a bleak situation.

“I had people who were under contract just say, ‘I lost my job or whatever, and I can’t do this deal,’” explained the realtor and single mom. “I literally got down to $100 in my account. I was like, ‘Lord, what have I done?’ I just couldn’t believe I allowed this to happen. I was just so devastated.”

But it wasn’t just Michelle’s real estate business that crumbled.

The room-share Michelle and her seven-year-old daughter Lydia had been renting also turned into an unsafe situation. Michelle felt out of options until she remembered Home of Hope.

“I remember walking into Home of Hope with such a heavy heart,” she said. “And as soon as Maureen [Kornowa, the executive director], saw me, she said, ‘It’s going to be OK. We got you. You’re going to be fine.’”

Michelle is no stranger to challenges, though.

Originally from South Africa, Michelle grew up with a big family and a father who taught her how to run a successful business. But life changed when her father was tragically killed in 2003.

The following year, Michelle decided to put her college education to work. Moving to the UK, she launched a teaching career and discovered good friends. A few years later, she met her daughter’s father through a dating app. The pair hit it off, and she moved to the U.S. What she didn’t realize at the time? Her husband was suffering from PTSD.

In 2012, not long after the birth of their daughter, he disappeared.

“He asked me to drop him off at Barnes and Noble one day, and that was the last time I ever saw him,” she said. “That was it. He was gone.”

Despite everything that’s happened, Michelle’s faith is still strong.

“My father raised me just like he raised his sons. He taught me to think like a businesswoman,” she said. “And now, in retrospect, God knew what my life was going to be like. He knew that I would have to be tough and be hard to withstand the storms. And that’s how I feel. I cannot feel sorry for myself.”

She’s also learned never to give up hope.

Coming to Home of Hope has offered Michelle the chance to regroup and build her nest egg. But it’s also helped Michelle and her daughter discover a whole new “extended family.”

“I have no one here. All I have is Lydia,” explained Michelle. “And the fact that these strangers said to me, ‘Come on in. We got you.’ It meant a lot to me. I told Maureen that I’ll never forget the kindness they showed me. It’s made me a different person.”

As Michelle and her daughter plan for the future, they’ll be leaving Home of Hope with a new home base. But according to Michelle, they’ll also be leaving with a new heart for helping others in need.

“I made the right decision to come to Home of Hope. I think it was the best decision for us,” she said. “And it has really put inside me a desire to serve others.”

For Lydia, who dreams of one day becoming a brain surgeon, being at Home of Hope has made her feel secure.

“Since we came here I felt protected,” she said. “I think I came here to make friends and find out what it feels like to be in a home so that one day I can make my own Home of Hope.”